Why scaling is so tough – Entrepreneurs are hunter gatherers, Managers are farmers 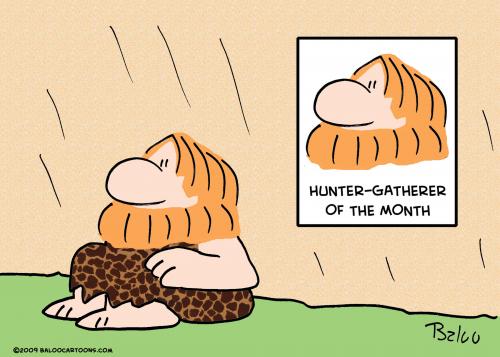 Let’s start this one with a brutally honest observation.  In the 7 years my team and me were building retail bike store fiets! from 0 to 32 stores and 200+ employees, I made a horrendous number of management recruiting mistakes.

Frankly I made more recruiting mistakes then I made recruiting hits.  To be clear, I am talking top level management team, not salesforce and bike technicians.  Luckily, we were much more successful at that.  Also, these decisions were most of the time supported by numerous qualified colleagues, board members and oftentimes experienced headhunters.  So, undoubtedly not being the most gifted management recruiter me personally, somehow there is something else in play as well.

If you want to get a feel for the numbers.  Let’s say that I got it wrong on about 10 management committee positions over a period of about 3-4 years.  That is an awful lot.  In fact when looking back, we got it more wrong than we got it right.  It’s not only a lot, it is also way too much.  As a mid-sized business in a fast-moving sector (is there another one these days?), you end up losing years (even your business) when you accumulate weak team decisions.

So what the hell happened? Why did I fail in strengthening the team?  By the way it was obviously my failure.  The recruited people for sure had talents, experience and so forth, but somehow zero chemistry when they entered.

After recently reading Harari’s famous work Sapiens (If you have not read it yet – get it now), I sort of had an Aha-Erlebnis.

At some point when describing the history of humanity, Harari describes the hunter gatherer’s phase of human history and it’s transition to agricultural societies.  To refresh your high school memory let’s summarize in saying that 10,000 years ago people lived as hunter gatherers.  In essence that means they were mainly nomadic, exploring their environment and using whatever they could use for food clothing etc.  If resources in an area where depleted or things got too dangerous, they moved on.   With the agricultural revolution all that changed, people domesticated animals, purposely started to do agriculture (domesticated plants and vegetables) and, as a consequence, became sedentary.

That’s all basic history.  The consequence of that though was that from generalists, people became specialists.  From enjoying a varied diet, people became focused on wheat and rice.  The agricultural revolution created today’s mantra of focus.  People became specialized, a 10/10 on one narrowly defined skill and sort of a zero on all the rest.  As hunters our skill set was much more balanced, many more 7’s or 8’s.  Individually we were for sure more self-reliant and intelligent.  Collectively we were less so. Specialization undeniably has brought about exponential growth (measured by GDP), increased life expectancy etc.

Today, mostly we are still farmers.  Take daily life for example.  Most of us would be daunted at the idea of having to feed ourselves.  We have our specialized ‘food-producing and -distributing sapiens’ at Unilever and Delhaize to handle that part of life. For clothes we have our experts at ZARA and Primark.  Hunter gatherers in real life have disappeared, let alone a few exceptions (e.g.; the Hadza in Tanzania).

Businesses today sort of work on the same specialist-paradigm.  Large corporations are like farmer societies. They have vested interests and are organized in a hyper-specialized way.  If they need to hire people they walk to HR-people, if they need sales their sales-guys come marching in, to pay the bills there is finance and so forth.  Nobody in a corporation of a certain size would easily survive for a week in somebody else’s job.  The type of leaders this system breeds, are called managers.  They optimize processes and improve productivity, often by further increasing efficiency through specialization.

But is everybody working as a farmer then today ?…

Not necessarily so, In business we still see some hunter gatherers foraging the savannah.  Entrepreneurs and start-uppers are just that, hunter gatherers.  Always sniffing around, exploring, outward focused not inward, doing plenty of things themselves, creating ad hoc solutions rather than scalable solutions. Able to pivot to other more fertile areas when an area turns out to be less fertile then anticipated.  In many ways, both the good and the bad, they look like hunter gatherers.

That’s what struck me when I read Harari.  That’s where we were as a company when we took all these bad decisions. We were very much a hunter gatherer’s tribe.  Yes, our tribe grew at an exponential pace, but we were not very sophisticated in our processes and our systems.  We did an enormous volume of work, but we did it based on willpower, ambition, creativity and charisma of several people in our tribe.  We were more looking at our hunting grounds and our enemies than we were looking at our caves.  To make things more complex we were a specific breed of hunter gatherers.  We were operating dozens of bike stores.  So, in essence the hunters did not meet in the same caves at night.  No coincidence that we hit our pain point at 100-200 people.  The scale at which you need something else than, “I know everybody and stimulate everybody”.  You need more of a focus on culture, processes, correction mechanisms.

So when we were sort of hitting that wall, we decided we needed good solid farmers a.k.a. managers, to get some structure in all of this.  Unfortunately, as it turned out, few farmer/managers could survive in a hunter gatherer’s tribe.  They did not find the processes, systems or ‘contributor-farmers’ to ‘manage’.  In fact, it was not another agricultural company they were entering.  We as a receiving tribe were disappointed. Our newly announced tribe members weren’t even able to catch a single fish.

How to bridge that gap and bring tribes at least to some extent in the agricultural era…. I guess the world is still looking for a systematic answer.  But for sure it’s the holy grail in scaling companies.

Whether we have to is even an interesting question in itself.  For sure economic theory and history has created enormous value and material progress through hyper-specializing our skills.  This being said some argue we were happier as hunter gatherers and actually individually (not collectively) more intelligent.  And many economists, physicists and others claim that it is the quest for efficiency leading to a corporation’s inevitable demise.

For the sake of argument though let’s accept that balance is everything.  It looks tough to discard the improved health, aggregated material wealth and improved peace that specialization and increased inter-dependencies have brought us.   So we need both the structure and the entrepreneurship.

So as a hunter gatherer tribe leader, what to do? For sure i have by far not gotten to the bottom of this, but some things i pay more attention to:

Anyway, If you’d ask me today who would have been for example the perfect CSO or CMO-choice for my fiets! business ?…. They were there all the time and part of the first 15 employees.

Let me know what your thoughts are in the comments! I would love to learn on this one.

Are you a true entrepreneur? Want to be coached by serial entrepreneurs rather than bankers, or public servants? Do you dare to jump or are you just waiting for your window of opportunity to close? Freshmen is your first choice! 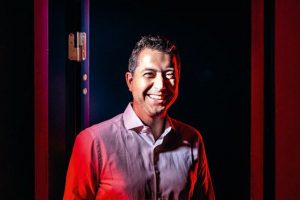 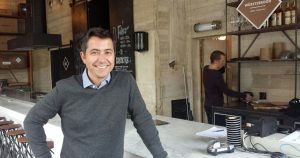 Want to get regular Freshmen updates?

We also hate spam mail.
We will only send you updates you don’t want to miss.

Most of the time we act.  But sometimes we talk.  When we do, we mostly try and share some of our experiences and thoughts with you.  We try not to proclaim any big truths or be judging, we just try to share. Subscribe to get updates!